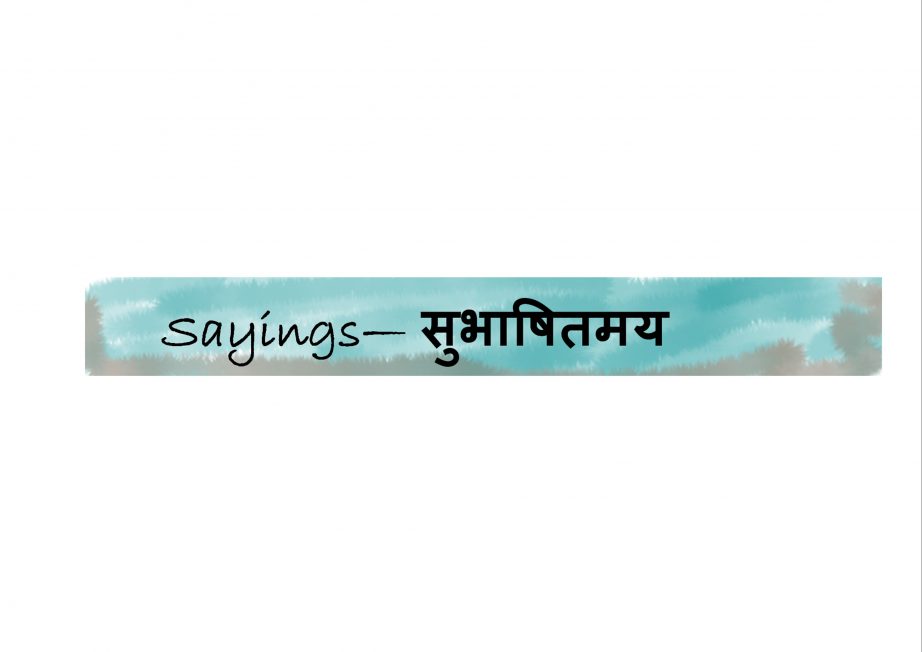 Translated from Sanskrit, it means – For a prosperous life, the knowledge of Sanskrit language is essential for us.

Growing up in India in the seventies and eighties, we were taught Hindi as well as a mother-tongue, if different from Hindi. But the teaching of Sanskrit, based on the same Devanagiri script as Hindu, was scrupulously avoided.

Probably because India was a so-called “secular country” and offense could not be given to any group of people who might remotely take umbrage to Indians learning about their own heritage.

Such thinking is the hallmark of a weak and corrupt administration. Fortunately for India, in 2014, the people of the country kicked out the corrupt and communal rulers. Along with the advent of a new government came an opportunity for Indians to rediscover their heritage.

The core of that heritage is Sanskrit and the knowledge of this wonderfully perfect language is essential for India to achieve it’s past glories and scale new heights.

Today, there are so many opportunities to learn Sanskrit. New start-ups like Open Pathshala and older institutions like Madras Sanskrit College offer easy, online courses. There will be many such places, but these two are very good, as I can personally attest to their quality.

The important thing is to , ideally, learn from an Indian Guru, as only somebody from the Indian culture will have the right knowledge and authority to teach you Sanskrit. Otherwise, you run the risk of learning Sanskrit as if it were a dead or museum language, minus the spiritual dimension.

If you want to know more about why Sanskrit is such a big deal for the entire world and why it is the basis for pretty much all of human knowledge, you could do worse than spend 40 minutes on this fanstastic video:

Material possessions are a barrier to spiritual progress.

As always, anything I can say, Swamiji ( the one and only Vivekananda) can say so much better. Here is what my Master had to say on wickedness or evil:

0 1100
Is it somehow wrong to declare my Hindu faith openly?